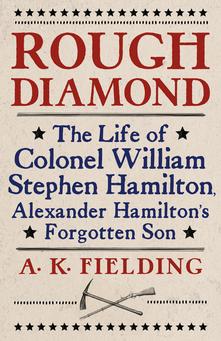 Check out our e-bay ratings & feedback! 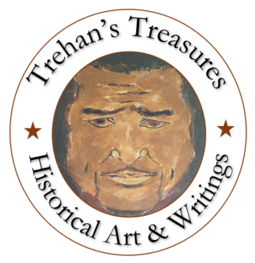 A.K. Fielding brings to life one of the pioneers who began the drive west in the early 19th century in this delightful, engaging biography. William Stephen Hamilton is often just remembered as one of the sons of Alexander Hamilton, a hero of the American Revolution and Founding Father, but in fact he lived a remarkable and fascinating life in his own right.

I absolutely loved this biography! I’ve been curious about the family of Eliza and Alexander Hamilton for a long time, and this book was chock full of new stories and information about their children and even some of their grandchildren, so I was thrilled to read it. Fielding has a great style of writing and easily kept me engrossed.

I particularly enjoyed hearing about William Hamilton’s relationships with his family. There seems to have been some friction between him and his brothers, which could have had multiple sources – political differences (William was a Whig, while most of his brothers seem to have been Jacksonian Democrats [the successors to Jeffersonian Republicans]), and perhaps even behavioral differences (William did not appear to fit in the more refined circles in the Eastern states, preferring an outdoorsy kind of life even from a young age). He was, however, very close to both his mother, the formidable Elizabeth Schuyler Hamilton of whom so many sing of nowadays, and his younger sister, Eliza Hamilton Holly, to the point that he at one time planned and hoped to bring the latter out west to live with him after her husband died.

Fielding utilizes her study of William Hamilton’s life to highlight the man’s generation. He, like so many, pushed further west, settling areas in Illinois and in Wisconsin. (It was during his time in the latter state that his mother, by then well into old age, traveled from the East to visit him, a remarkable journey for the time.) We see the events of that time, such as the Black Hawk War, which William served in (and may have even met future President Abraham Lincoln).

This book is definitely worth a read! It’s not overly long, only 144 pages, so the time commitment isn’t overly large, and it’s very informative and readable! Fielding has done an amazing job bringing William Hamilton’s story into the light and I look forward to seeing more of her research in the future! - Kim, Goodreads.


​
A Fascinating Study of a Young Man in a Young Country

I got to listen to the author of this book give a ZOOM interview last month to a roomful of Hamilton scholars and enthusiasts, and I loved her calm demeanor and thorough grasp of the material, so I ordered the book and began reading it. Brief due to the paucity of material, she nevertheless gives an overview of the fascinating life of William Stephen Hamilton, son of the famous treasury secretary. Making the most of the primary sources, Ms. Fields gives an intriguing account of a young man who chose to leave his mother and siblings and the "civilized" culture of New York for the rough and tumble world of the early 19th century American frontier. William Hamilton served in the Black Hawk War (where he almost certainly met a young volunteer captain named Abraham Lincoln), the Wisconsin territorial legislature, and finally made his way west during the 1849 Gold Rush, where he amassed a tidy sum before succumbing to disease on the west coast, where his body lies to this day.
It's a shame, really, that most of W.S. Hamilton's letters were lost to history, because the glimpses we get are of an intelligent, ambitious man who worked hard to better himself and to live up to the values his father taught him. Well-written and carefully researched, this is a must for any Hamiltonian library. - Lewis Smith, Amazon.